Honesty, integrity and respect are the hallmarks of our business at Strategic Protection Group. We have provided clients with professional protective and investigative services. Our professionalism and attention to detail set us apart from other agencies. We offer innovative security and investigative solutions while developing long-term relationships with our clients. We are loyal, dedicated and always on-call.

Since September 2001, he was assigned to the Terrorist Interdiction Unit (TIU) which he helped create and implement in the wake of the attacks on the World Trade Center in New York City. The TIU, which still operates today, specializes in identifying and neutralizing threats to public safety posed by terrorist groups and their supporters.

Michael Zotto, as a counterterrorism detective, performed comprehensive background investigations on individuals suspected of involvement or direct association with terrorist networks, or clandestine cells. He worked directly with the FBI, INS, ATF, JTTF and a variety of Homeland Security Agencies in the investigation and prevention of terrorist related attacks in the US and abroad.

Through the utilization of personally developed human assets (informants), he infiltrated several terrorist organizations in New York City and conducted undercover operations and surveillance of suspected terror related organizations and finding networks. These investigations resulted in arrests and convictions. He greatly increased terrorism intelligence in N.Y. and across the U.S. 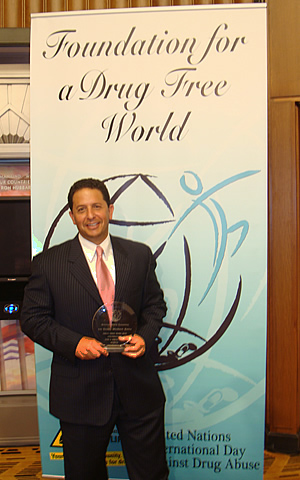 Michael Zotto was the assistant case officer in the investigation that exposed a terror plot to blow-up the NYC Transit System's Herald Square Station and other targeted locations during the Republican National Convention in 2004. He provided key surveillance and photos that captured subjects on subway platforms conducting reconnaissance of police officers and locations to be targeted for destruction. He also provided testimony during trial which led to convictions of the terrorists.

Michael Zotto, in 2004, was the case officer for the investigation, arrest and conviction of a foreign-born National Guardsman from Maryland who was trafficking high powered weapons to his accomplice living in Brooklyn, New York. After the trial and testimony, the primary defendant was sentenced to 15 years.

As a Detective working in New York City's highest crime section, Brooklyn North., Michael Zotto developed criminal investigations targeting violent street criminals, drug dealers, and criminal organizations. He gathered extensive intelligence by utilizing confidential informants and executed numerous search warrants. He coordinated and established intelligence analysis of violence-related crime. His efforts, and the efforts of his unit, resulted in a decrease in violence and overall crime within the precincts covered. He and his unit were awarded a Unit Citation for Exemplary Unit Achievement.

Prior to working as a criminal intelligence detective, Michael Zotto was assigned to the Organized Crime Control Bureau's Narcotics Division Major Case Squad. His responsibility was to target high level narcotics distributors in conjunction with Federal and State agencies.

During his tenure, he personally developed 22 confidential informants and executed over 100 search warrants all leading to the successful dismantling of upper-level narcotics organizations throughout the five boroughs of New York City as well as Long Island and Westchester County.

He extensively utilized a variety of electronic surveillance techniques such as wiretaps, tracking devices, penlink, clandestine cameras and other investigative techniques such as undercover operations. He is a court certified expert and currently holds a Top Secret Clearance Designation from the FBI/DHS.